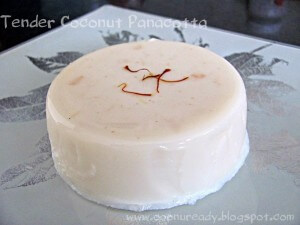 This dessert is a fond memory of my days in Kerala during the Gulf War. We stayed with a family friend of dad’s. Dad called them Augustine uncle and Lizen aunty and so we called them the same. We were told they were distant relatives of dad. In fact it is because of Augustine uncle that we bought two plots in Kakkanad and decided to build a house there which came in quite handy when we left Kuwait during Gulf war. Lizen aunty was an awesome cook. My oldest memories of hers is seeing her actively baking a doll cake and a train cake for her grand kids. I can still visualize her meticulously measuring and drawing the sketches for her cakes on her butter paper. Lizen aunty was an art teacher and her passion for painting and drawing also reflected in her baking and cooking. The first time I had a tender coconut pudding was at her house when I was 8 years. I have a bleak memory of watching her dissolve china grass for this pudding. I had forgotten all about this pudding until recently when I saw this recipe at the blog collaborative curry. I was all excited about making this pudding and called up my sis in Indore. But she could not remember tasting this dessert ever and it then dawned me that maybe I cherished this memory all these years to recreate it in my kitchen someday. I have never discussed cooking with Lizen aunty, we don’t talk that often because I don’t go home that often anymore. I have never asked aunty for her recipe collection but I am sure she would be someone worth discussing culinary experiments. Mom tells me aunty is getting weak and tired which is obvious because she isn’t getting younger. I wish I could have learned some stuff from her when I was home. This one’s for you Lizen aunty, I owe you for this lovely memory.

Two weeks back we had a big get together at my place. My hubby met some of his school friends from Bhopal after a long time. Some of them were right here in Bangalore but we never found time to catch up. So I had the right opportunity to make this dessert. Though I was expecting a group of 6 it ended up as a crowd of 12 so I had to portion the dessert. I guess they loved it because one of them asked me to save some dessert so that he could have it before he left for home. My hubby is not a dessert person so when he compliments you on a dessert it should be really special. And this is what he said- ‘It’s exotic’. 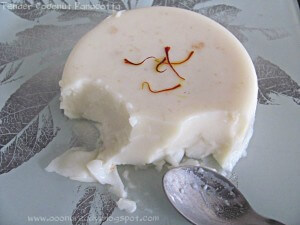 For us living in India, getting a tender coconut from the corner isn’t a big deal so I would urge you all to go ahead and try this refreshing dessert. 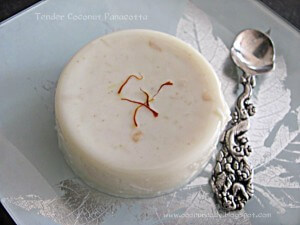 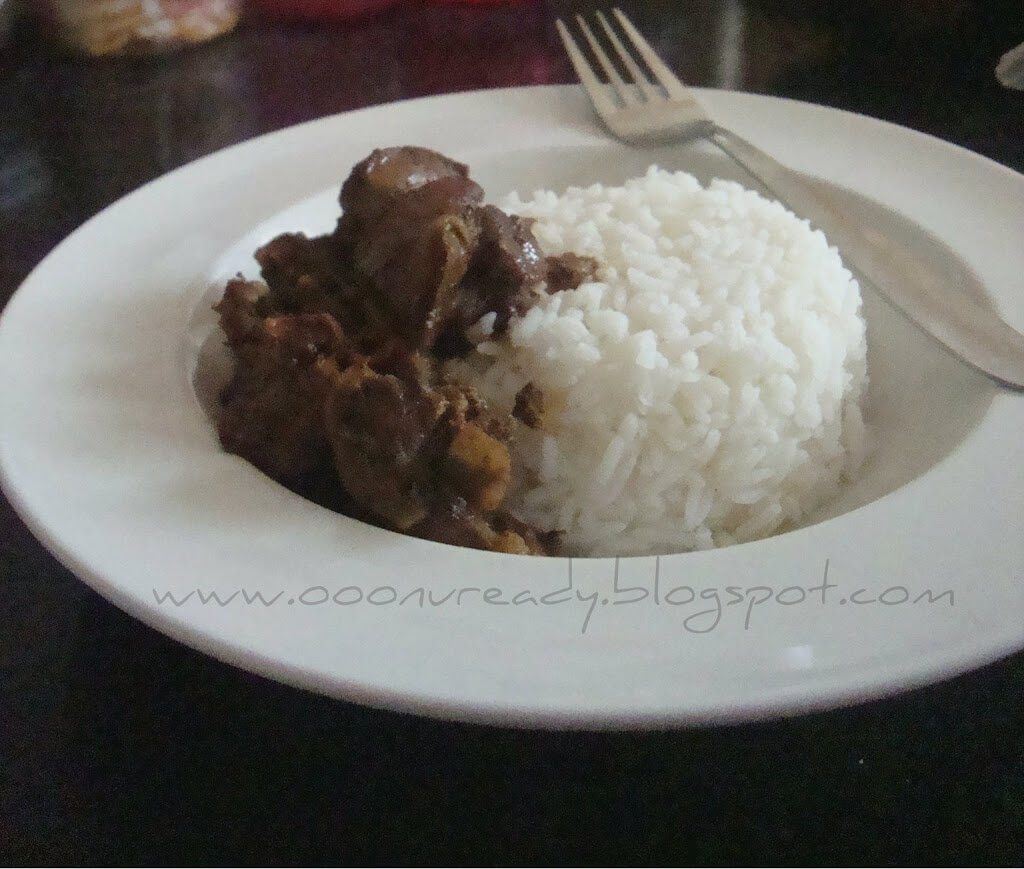 On my mom's side of the family ( Thrissur folks) whenever we got together for a feast at the church or a wedding in the family , the eve of the function would be... 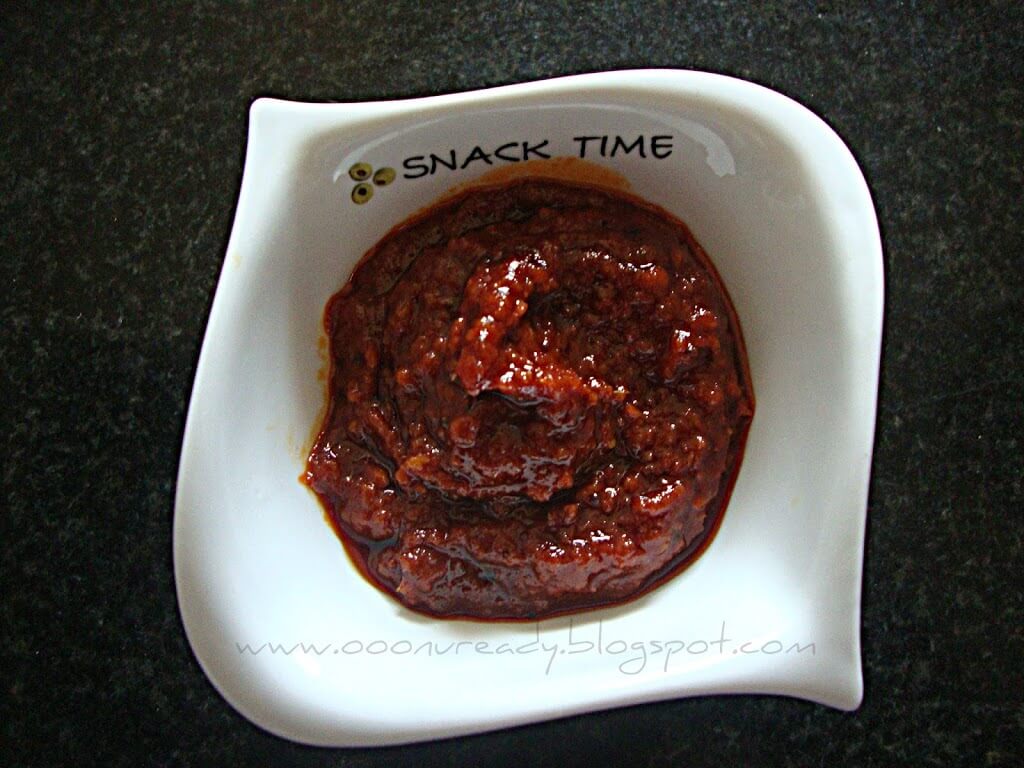 Apart from the traditional Kerala ginger curry we make for Onam I had never tasted any other form of ginger pickle until I joined IIT Madras. Once in a while for lunch we had...